Hi! Thanks for stopping by. I’m Lindsay, you can call me Linds. I’m a creative who creates content for myself and brands I’m passionate about. Here, you’ll find my marketing portfolios as well as blog posts that align with my interests.

I graduated from college in 2020 with a degree in Communications Studies. During my time as a student, I was involved in PRSSA, a student-led PR firm, and was the Public Relations Director for an animal activist club. I developed a love for brand presence and selling a brand. A few months after graduating in January, Covid took a hold of my plans; all of the jobs I had saved to apply for were deleted or put on pause until further notice. After delivering food for a few months with Instacart, I came across Alex Fasulo on TikTok and learned about the gig economy.

While interning at a PR firm, I became familiar with influencer marketing, and I grew a liking to it. It was a lucrative business, and I knew people would need my services. I started offering influencer research and outreach on Fiverr and eventually landed my first long-term client, Bride Brite. That same month, I landed my first marketing client, Care 1st Training Group.

I’ve come to love marketing, and I’m looking forward to progressing in my solo career. Want to work together? Email me at lslaff13@gmail.com. I can’t wait to hear from you! 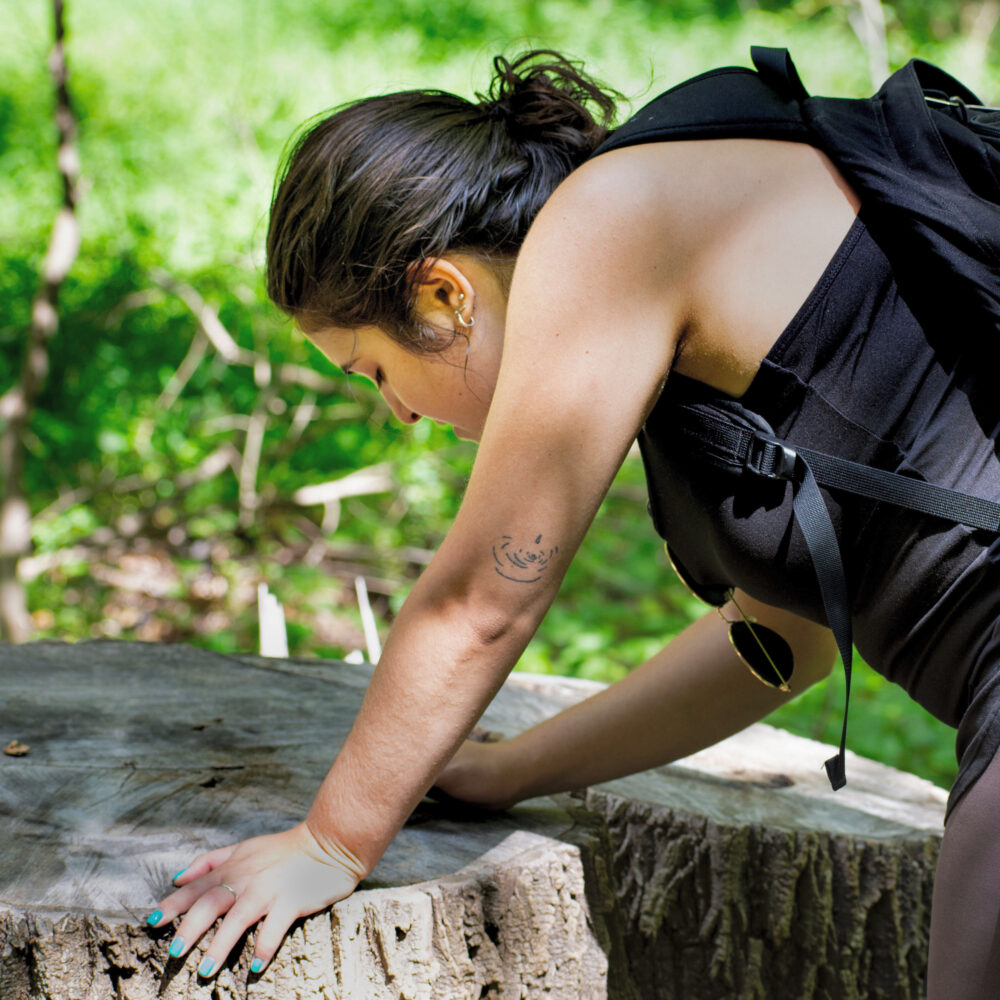 When I went four years ago, there was a trailhead off of the side of the road that we happened to stumble upon. I was determined to find it again, but I thought I’d let the reviews on All Trails lead the way just in case.

The trail is a massive loop, so there are multiple trailheads around it as well as different connecting trails within it. However, the main trailhead is across from Greenwood Lake Marina. When we arrived the parking lot was packed, so we were back to my initial idea. Remembering where it was four years later was quite the hurdle…

I then had to rely on Google. I clicked on every website on the first page of results, and I kept reading as my friend Dan drove in circles. We were given coordinates and landmarks for a trailhead on the side of the highway via njhiking.com and various other websites. After driving back and forth and reading directions over and over again, we finally set ourselves on the first coordinates listed on the site, N41.15572° W74.36273°. Eventually, we did find the trailhead. Just to note, the “concrete bridge/guardrail” isn’t either of those things. It’s more so a tiny slab of concrete, so keep your eyes open.

The map on the left is the original green and blue route, while the one on the right is the new orange trail. We had to hop over a yard rail in order to see this, just FYI.

When you begin, there’s a bridge and a small waterfall to your left. Definitely a good spot to take some pictures.

After about the first mile, which is uphill and treacherous by the way, you will see your first lookout — one of many.

I did get a video of one of the lookouts. Please check out my Instagram for more outdoorsy content! 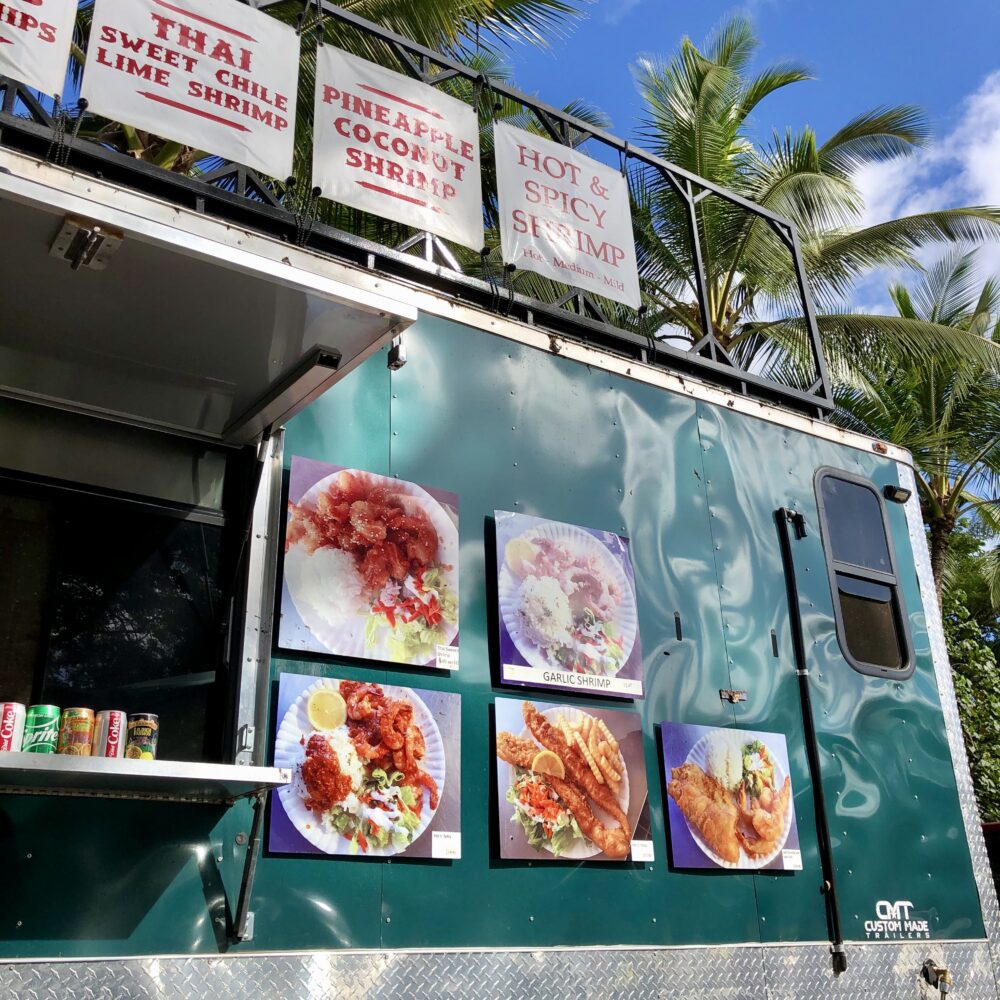 When your friends tell you they’re moving, congratulate them and let them GO. You will see them eventually. And if the friendship is strong, you will see them soon. My best friend’s fiance is in the Navy which has allowed her to move around the United States. Around this time last year, they moved to Oahu. I’d never been to Hawaii before, so I knew I’d find some way to visit. *Keep reading for my Hawaii travel tips!*

In my family, we try not to celebrate holidays. Instead, we take trips together since we don’t all live near one another. Luckily, this year worked out in my favor; my college graduation and my birthday happened in the same month. I combined Christmas, graduation and my birthday into one and asked members of my family to contribute to a plane ticket. Before I knew it, I was at Newark (EWR) airport.

Now, I would separate this into days, but not every day was spend exploring. My friend was working some days, I was sick most of the trip, and some days we were too hungover to do anything! So, I’m compiling my trip into two categories:

3. Fly to different islands! The flights are inexpensive, and to be honest, you’re better off exploring islands that aren’t Oahu. All of the islands are beautiful in their own ways, but if you want the true island experience, limit your stay in Oahu and give love to the other islands. We went to Kauai and we wished we’d had stayed longer. Shoutout to Kauai Shores Hotel for being so affordable and checking all of our boxes!

4. Go to Kona Brewery! Yes it’s a tourist spot, but the beer is great. For every food choice, there is a corresponding beer to go with it. It does get fairly busy, so if you want a table on the water either make a reservation or get there before peak dinner hours.

5. Visit botanical gardens! Not only will you see exotic plants, flowers and some critters, but they’re most likely located on or around mountains, so you’ll have some nice photo ops. We went to Koko Crater Botanical Garden in Oahu, and I HIGHLY recommend it!

6. Be prepared to spend a lot of money on food. Most of their food is imported, hence the expensive prices. I was fortunate enough to not have to pay for lodging, and even though I was saving money, shopping for groceries still weighed heavy on my wallet. A loaf of Dave’s bread was $10. It was definitely a hard pill to swallow.

7. Eat at the North Shore Food Trucks. It’s a huge tourist attraction, but it’s busy for a reason. You won’t be disappointed! There are so many trucks to choose some; you’re bound to find something you like. I went to a Thai truck (as pictured below in blue,) and got crispy pork belly! I still think about it often.

2. Go uneducated. Learn the culture. Wear reef-safe sunscreen. Read up! I got ripped off at the swap meet in Oahu because I wasn’t sure what a passion fruit looked like and I made an ass out of myself. Yes, I could have declined the price and walked away, but I got nervous. So I guess it’s on me…but regardless, be smart.

3. Visit The Shops at Kukuiula on its off-season. We’re not sure if it was their off-season or not, but it was barren when we got there. They have a lot to offer in terms of shopping and food, but there were only a couple of places open, of which were all out of our price range. Thankfully, we drove around and came across China Young Village. Compared to The Shops at Kukuiula, China young Village was more quaint. The food was inexpensive (and still delicious), and there were a ton of cute local shops to roam.

4. Spend money on the tours at Dole Plantation. Maybe I’m saying this because we went on a rainy day and it was its off-season, but it just wasn’t worth it in my opinion. I did manage to get some nice pictures though. What you should definitely do is visit the gift shop. THE. TOASTED. ALMONDS. Get them and savor them. There is so much to choose from; I would go back solely for the gift shop.

5. Drive fast. In Kauai at least, there were so many overlooks that we passed and had to quickly pull over to see. Remember, you’re on island time. I’m also speaking from a New Jersey perspective where people drive an average of 80 mph, but you understand my point. You could potentially miss out on some gems. So relax, you’re on vacation.

6. Leave any belongings behind… I left my phone on the island of Kauai, had to fly home without it and didn’t get it back until eight days later. Maybe it was just at the Lihue airport, but they only had one person who could process shipments. I also had to get it shipped to the mainland since I was leaving, so that’s probably why it took so long. Moral of the story: Be responsible and learn from my mistakes.